This is the program that will show at 6 pm on September 8 for MinnAnimate 5.

by students at Talahi Community School 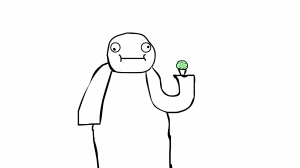 by Jacob and Ruby

by Martin and Susan

These two shorts were created during the IFP Photoshop/Flash Animation Camp in August 2016.

by Elizabeth and AJ

These two shorts were created during the IFP Stop Motion Animation Camp in July 2016.

The Darkness that Brought Love

These films were created by youth in the Raices Youth Program at Centro Tryone Guzman with Teatro del Pueblo.

This short video is a compilation of short (6 second long) pieces that were created during the 2015 SPNN Youth Intern Program. The pieces were submitted to the Minnesota Museum of American Art’s Really Short Film Festival, who asked people to submit videos about what summer looks like to them.

This video was created as part of the #GuerrillaTeens project at SPNN, a partnership with the Guerrilla Girls and other local arts organizations. Through this project, youth participants had the opportunity to explore the problems affecting their communities and create media for a collaborative public art project.

A young man is haunted by his dream in this live-action/rotoscope animation hybrid film.

How Does it Feel

A short animation exploring the complexity and erasure of black identity.

A visual music animation created to the tune of “The Little Ships” by Jean-Jacques Perrey. Inspired by the work of Oskar Fischinger, Norman McLaren, and Christopher Hinton. 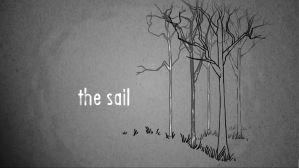 The film Ecdysis is a visual representation of the process of moulting.

A young girl hears mysterious noises in her room at night, she believes it’s just her cat, but it is so much more.

Everyone has their own path. A path can rush with acceleration or slow to a crawl. A path can grow large and unpredictable or small and uninteresting. Only a person on their path can change it.

The path does not care if you are invested in it. Whether you love it or hate it, praise it or ignore it. The path moves onward with or without you. You can allow the path to fly under the radar or you can examine it by finding your breath for the present moment. You are the path and the path is you.

We are often so caught up with distractions that we forget to take a breath and experience the ‘now’. Remember, This Is It.