Thank you to everybody who made MinnAnim8 to great!

Here are photos of the Youth/Student animators talking about their work:

Here are photos from the Independent Animator discussion. 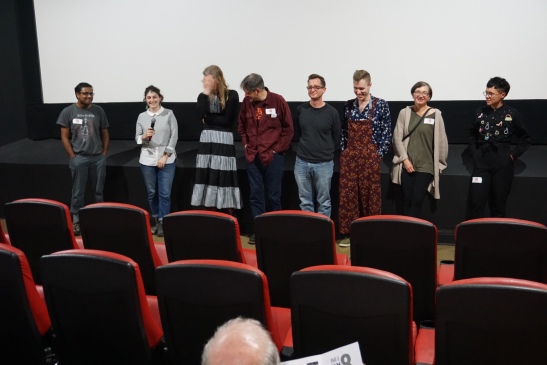 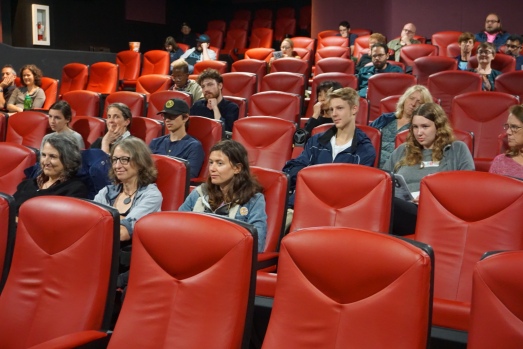 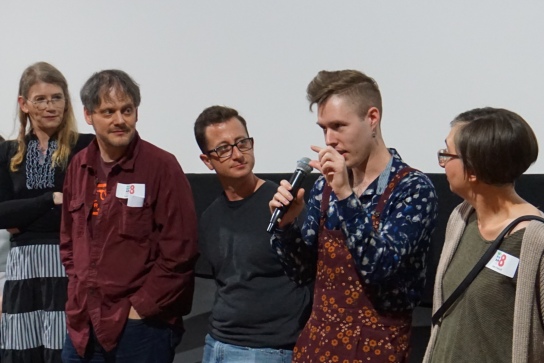 Foreign Fauna is the independent animation studio of directors Alicia Allen and Emory Allen. Foreign Fauna is our outlet to express ideas that move us through a medium that we love.

Trevor expresses his regret over not being able to attend this awesome experience– he’s always inspired by the sweat, blood, and labors of love which make up contributions and sequencing of this festival.

John Akre is an animator and videomaker and teaching artist who takes stop motion animation to various places with his Sloppy Films Animation Station. He creates animation and documentary video with his wife Beth Peloff as Green Jeans Media. He teaches animation at Hamline University and Film North and organizes MinnAnimate.

Grace Bauer is a Digital Media Arts Student at Hamline University and is from Hastings, Minnesota. She enjoys creating things and the sense of accomplishment after finishing a big project, but even more than that, she loves the artistic process it takes to get there. #SaveTheEarth

Sishir Bommakanti is an illustrator and animator who works in the genre of the absurd, surreal and fantasy. His work is inspired by the dark corners of human psyche and threads into the fringe.

Minneapolis local who loves to animate!

Robert Jersak is an educator and independent animation and documentary artist.

Tyler Leininger is a Senior at Hamline University studying Digital Media arts and studio art. He enjoys a variety of different mediums, including digital painting, photography, film, and most recently, animation.

Wayne Nelsen has made over 100 animated videos.

Born in the Appalachian mountains, schooled in Chicago, trained in the ancient arts of pencil and paper animation, Emmy winning animator MIKE OWENS has manifested a Hollywood career while maintaining a Midwest lifestyle.

Beth Peloff is a video maker and teacher who works in both animation and documentary. Her films have played at film festivals regionally and nationally. She is a 2017 recipient of the Jerome Foundation Film and Video Grant.

Maret Polzine is a filmmaker and arts organizer living and working in the Twin Cities. They are the founder of Video Variant, the host of Cinema Lounge, and a teaching artist with COMPAS.

I have been animating for 4 years, and a huge fan of cartoons and animated films. A lot of projects I do are animation collaborations on Youtube. I am attending Century College Fall of 2019 for their 3D Animation program. Watch more animations by me here: https://www.youtube.com/channel/UCmhUtDye5ErqvOse7Y1UpaA?view_as=subscriber

Colin Stanhill is a self-taught animator working in Minneapolis. He draws all his films by hand on paper. According to Malcolm Turner, of the Melbourne International Animation Festival, he is “quite a lucid sort of fellow.”

Molly Parker Stuart is a visual artist living and working in Minneapolis. Her work has been covered by The Creators Project and Animal New York and has been exhibited widely. Molly’s work uses social and digital structures to create a felt experience.

I am a young filmmaker from Saint Paul Minnesota, my first film I made was in 2014, it was a 2 minute Lego stop motion video titled “The Legend of Jeff” I was 11 at the time.

Here are the films in the MinnAnim8 Youth/Student Showcase, at 6:45 pm on September 12 at the Film Society of Minneapolis and St. Paul.

Audio taken from the Coen brother’s film “The Midnight Caller” talks about the motivation behind our consumption of media.

This is my submission for the minnanimate 2019. It is a collection of my best stop motion films from 2017 – 2019. The oldest one being the candy one at the beginning most recent one being Swedish Fish.

The Boring Mission to Earth by Isaiah and James

Diamond Dilemma by Ava and Syan

From Film North 2019 After Effects Camp

The Great Escape by Ella

Pets and Pandemonium by Carson

A sleeping goblin is woken up from his nap by an unpleasant surprise. 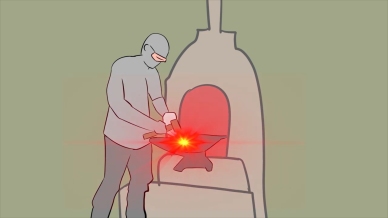 A Blacksmith, Coal and Diamond make some great things together.

Madi The Crabby: Madi and Mary go to the Beach

Madi the crab and Mary the raccoon are roommates who want to find something fun to do. They go to the beach and it’s a mess, so the cleaning up commences. This piece comments on the “save the planet” movement from the perspective we don’t hear enough of: animals’.

When some thing lurks underneath your couch, be careful when you rage quite.

Puppy Dog, I Love You

A sad pig who doesn’t speak finds happiness from the help of his friends.

Here is the MinnAnim8 Independent Animation Showcase, which will be presented on Thursday, September 12 at 7:30 pm.

Having your own point of view may not make you fit in, but it can make you king of planet potato. 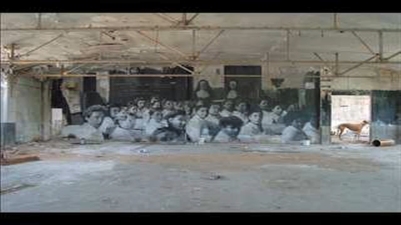 A music video for the Barcelona-based band, Seward.

A true family story of a heroic pelican takes shape on the banks of Lake Traverse as unwanted visitors approach. 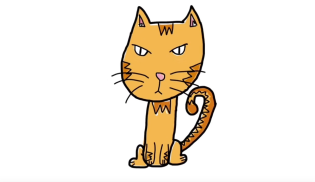 On July 26th, 2017, Sarah Huckabee Sanders announced that the president had made a friend. We imagine that their correspondence continued.

“Habitual” is an animated vignette, which explores the doldrums of office labor.

A self-portrait, the animation was created by hand rotoscoping footage of the filmmaker performing. By refusing to generalize any movements, the piece illustrates the minutiae of administrative behaviors in frame by frame detail.

For those of us without the gift of a green thumb, we can only standby, helpless as our beloved house plants fade away. If only there was an ER for little green buddies! 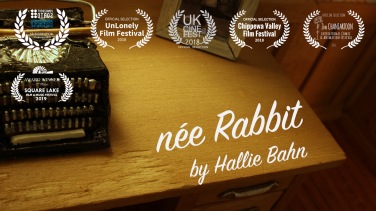 née Rabbit confronts the mind’s struggle to maintain a true identity even as our memory begins to fade. Can we continue to know ourselves when we have no recollection of our past actions and reactions? Do we adapt our identity to incorporate this loss into our life’s story? Or do we resign ourselves to wake up each day anew and if so, who are we?

“You’re out here. You’re exactly where you’re supposed to be.” You Are Here is an animated experimental meditation – 112 seconds to break away from whatever you’ve gotten yourself tangled up in lately.

A lonely person unexpectedly takes a journey to reconnect with life. 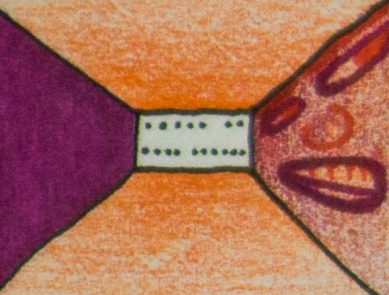 Made with only 12 pages of standard copy paper, this is Colin’s greenest work to date! Let this lo-fi imitation of 35mm film take you on a microscopic voyage through telescoping tunnel visions in Full Two-Tone Color!! 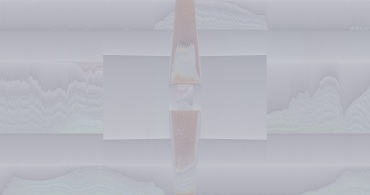 I am stone: solid, heavy. Sometimes I sink in space, falling and filling and scraping through, curving and curling into it. Sometimes I fall into a space that provides refuge. 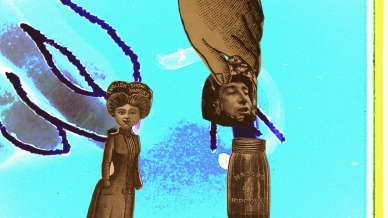 The Hole in the Sky

Somewhere, up there, is a hole in the sky. But we have not found it yet. 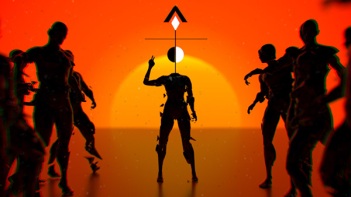 Hot Cro-Croa! Jonnaman Gripthurst, a lonely boneless man recounts his adventures in the big city as he get a mysterious pop-up when surfing the dark web. A TV Spot for a popular drink called Cro-Croa, and its premier of its new flavor: Hot! Cro-Croa. Animated and directed by: Sishir Bommakanti, Additional animation by: Jacob Berrier, Music by: Slowya.roll and Post Everything Production, In collaboration with Post Everything Production and The Story Must Be Told

My tribute to the Vietmom war 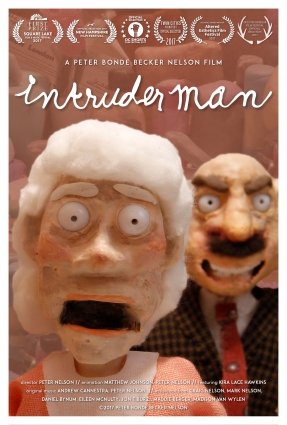 As a young woman, Jessie faces the wrath of an authoritarian superintendent who blacklists her from teaching. As an elderly woman, Alzheimer’s disease makes her paranoid of an “intruder man” who haunts her apartment. Slipping between these parallel periods, Jessie remains persistent in the face of sexism, loss, and dementia.

Here are some photos from the Independent Animation screening panel from MinnAnimate 7. Thank you, Aaron Nosan, for the photos! 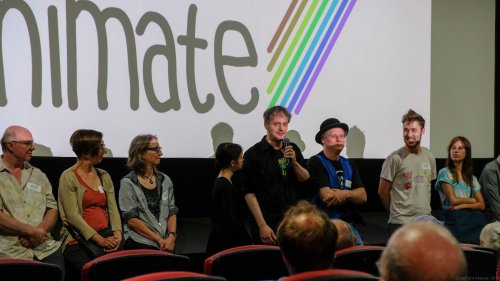 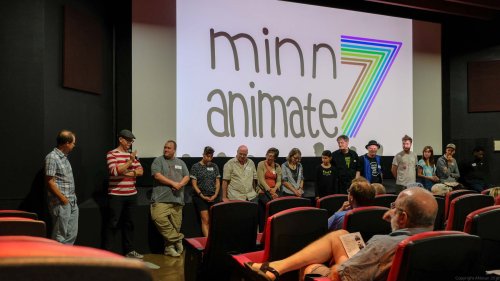 Here is a photo of Dean Hatton’s MinnAnimate shirt and some of the Youth/Student Q and A panel. MinnAnimate 7 was so much fun! Thank you to everybody who came and contributed! Panel photos by Beth Peloff! 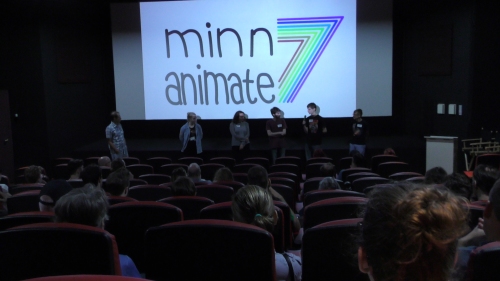 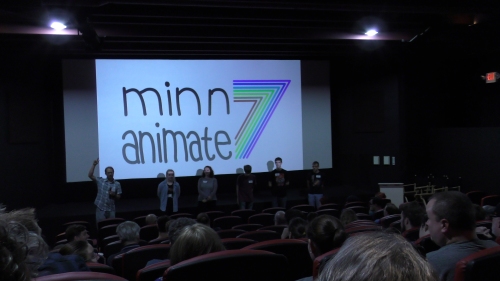 Trevor Adams work can be seen online at sinemodafatestare.com. He was born and resides in the Midwest.

John Akre is an animator who lives in Minneapolis and is interested in figuring out ways to create animation in public places. He teaches animation at Hamline University and to youth and co-owns Green Jeans Media, where he creates animation and video with his wife Beth.

Born in California and raised in Apache Junction, Arizona. Joseph Dutra currently attends his senior year at Minneapolis College of Art and Design to better extend his creativity. He is influenced by Animaniacs-type of animation and hopes to bring it back into popularity.

Joel Erkkinen is a self taught animator and film maker. My work usually tends to dance the line between funny and gross. I aim to make people laugh.

Emily Fritze is an independent animator and motion graphics artist based in Minneapolis. She has worked on a variety of projects that include music videos for Pert Near Sandstone, Trampled by Turtles, and Perry Project, among others; documentaries, feature films, commercial work, as well as illustration and graphic design. She has been shown and awarded in film festivals – Minneapolis/St. Paul International Film Festival, Square Lake, MNTV, Philadelphia Film Festival, and SoCal. Her works can be found at emilyfritze.com.

Dean Hatton is a mime trained by world renown mime Marcel Marceau and has been performing since 1984. In 97′ he moved from Ohio to Minneapolis where he continues to create perform today. He only recently discovered doing animation using photoshop and this is his first major project.

Lizzie Hutchins (she/her/hers) is a filmmaker, media educator, and creative spirit. She loves collaborating with others to seek out the secret worlds. She believes moving image is important for building empathy.

Julie JAO is primarily a painter and performance artist. She has exhibited and performed at Bedlam Theater, Vine Arts Center, Intermedia Arts, The Southern Theater and at various festivals doing live speed painting in the back of a pick up truck. This is her first animated short.

My name is Buko Laditan. I have been in the entertainment industry for about 10 years.

Adam Loomis is a film programmer and animator from Minneapolis, MN. In addition to joining the Film Society in August 2017, he has worked with organizations such as the Walker Art Center, Trylon Cinema, Northern Exposure and, most recently, Hellavision Television Animation Show.

Kelley Meister (pronouns: ze/hir/hirs) uses drawings, video, and participatory experiences to investigate this how the planet is shifted by the indelible touch of humans. Ze received an MFA from Minneapolis College of Art and Design in 2008 and continues to live and work in Minneapolis. See more: kelleymeister.com.

Stephen Miller is currently a student at Hamline University, working towards a Digital media arts degree.

Beth Peloff is a video maker and teacher who works in both documentary and animation. Her films have played at film festivals including the Minneapolis St. Paul International Film Festival, the Twin Cities Film Festival and the Sodak Animation Festival.

Tom Schroeder has been making hand-drawn animated films since 1990. His films have been broadcast on Independent Lens, the Sundance Channel, Canal + France, SBS in Australia and CBC in Canada and have screened at the American Cinematique in Los Angeles and Anthology Film Archives in New York. The films have also played widely on the international festival circuit, including at Annecy, Rotterdam, Sundance, Ottawa, South by Southwest and Edinburgh, and have won over thirty festival awards.

Patrick Schwalbe graduated from the Art Institutes, MN in 2000. I spent the following years working in the medical animation industry doing technical direction.

Colin Stanhill is a self-taught animator working in Minneapolis. He draws all his films by hand on paper. According to Malcolm Turner, of the Melbourne International Animation Festival, he is “quite a lucid sort of fellow.”

Persephine Yang is 12 years old. I started animating in 4th grade when I saw a youtuber post a animation for their school. I was inspired to make my own animations just for the fun of it and I slowly liked doing and I would want to be an animator when I grow up.