Here is the program for the 7:30 pm Independent Animation Showcase in MinnAnimate 5

“Water Cycle” by The Bazillions

Set to the fantastic music of Minneapolis kindie rockers The Bazillions, this video uses animated watercolor (analog and digital) to tell the story of precipitation, accumulation, evaporation, and condensation that makes the water cycle go!

“PRIME” is a science fiction tale set in the distant future. It concerns mankind’s search for a cure to a virus that has caused near extinction of the human race. A scouting vessel lands on a remote planet and retrieves a humanoid that resembles one of man’s early ape-like ancestors. Could he be the answer to the cure they have been searching for? 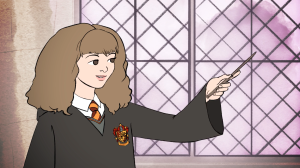 Hermione discovers a new variation of a favorite spell and Furiosa takes care of business.

Piracy is Not a Victimless Crime

Piracy Is Not A Victimless Crime tells the story of a young boy developing an unhealthy nostalgia for the glue of envelopes after his dad is placed on death row for pirating Disney movies.

The Between of Tin Visions

We live in unsettling times, and the images of disruptive incidences and occurrences are now transmitted live, and the viewer has the opportunity to watch an event unfold in real time. I take photos during these live transmissions with the intent to gather through imagery the ‘totality'” of news events and to re-present them. The images have taken form in an ongoing animated work titled THE BETWEEN OF TIN VISIONS. The title takes inspiration from the term ‘tin ear’ which in musical circles means a lack of ability to distinguish musical tones in subtle and sensitive ways. Vision and understanding can take on this similar kind of insensitivity. THE BETWEEN OF TIN VISIONS aims to organized the images as a metaphor for the insensitivity of vision within the cascade of news spectacle.

During the Open Streets event on East Lake Street, people visited the Sloppy Films Animation Station to create stop motion animation and talk about what is beneath the surface of Minneapolis.

Playtime For Monsters is a parody about monsters. Instead of monsters being angry they are just having fun.

Is it time to eat yet? Food Time is an animated, channel-surfing collage of experiences with, and without, food.

Silverware Force: It began with a video game, then spawned an entire media franchise. 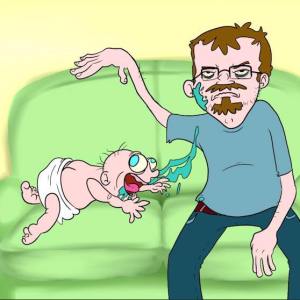 Being a dad is hard. Here are some thing’s you’ll learn to help you be the best dad you can be!
Created for Z-fest Film Festival.

Just another day in the life of a lazy cartoonist wannabe fast food worker.

They’re everywhere and often hard to get rid of. 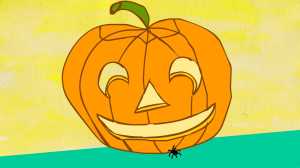 The Exorcism of Jack O’Lantern

Eek A Spyder must exorcise Jack O’Lantern only to face and even more sinister enemy.

Truthful Innards is an exploration of the complex layers that form around the body after trauma. Depersonalization, isolation, anger, and finally, healing. 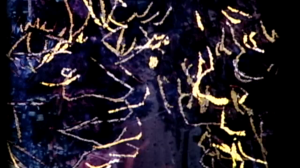 The inevitable progression of time presses on faces, bodies, and vision, leaving behind only music and nature in this image poem hand scratched on 16mm film.

After the death of her husband, an elderly women tries to come to terms with her new life.

Rich Mattson and the Northstars – “Old Gene.” Music video done for the 2016 Duluth Homegrown Music Festival. Filmmakers are assigned a random song from a local band and they make a video.

A last collaboration with my dead friend Dave Herr.